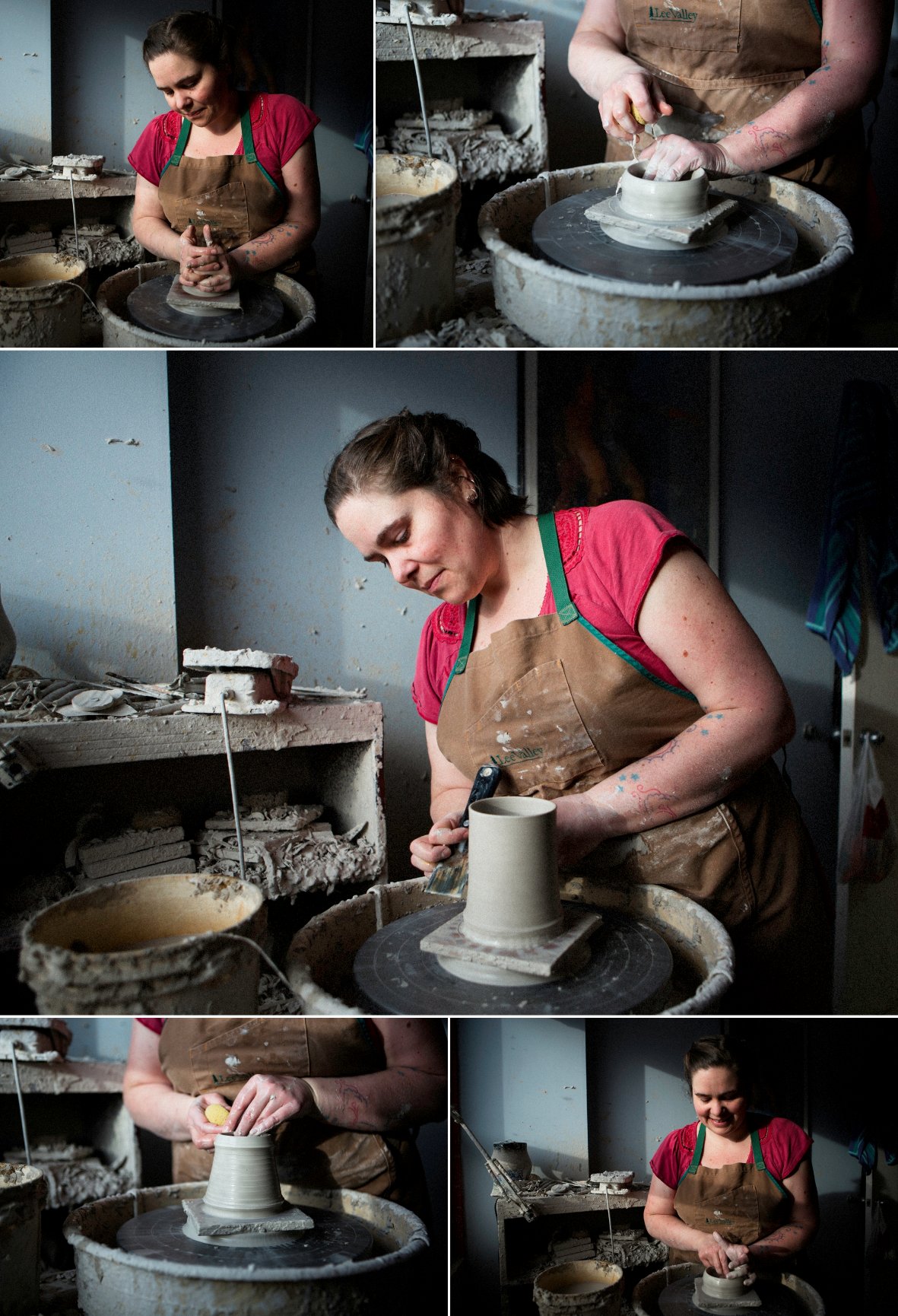 Katie grew up around pottery, working during her high school years in her father’s studio ‘of Cabbages & Kings’ in Canmore. She is now sharing the studio space, and making her living as a potter.

Katie studied at art school and spent a year apprenticing to a goldsmith in Canmore, before settling in to clay as a medium. She has been working full time in the pottery since September of 2005, and has developed a colourful line of functional pottery that she sells from the studio as well as several other locations in Alberta and elsewhere.

Her work is primarily wheel thrown, using a high firing stoneware clay. The glazes that she uses are all food safe, and her pottery is microwave, dishwasher, and oven friendly.