The Bow Valley favourites return to artsPlace for the long awaited “official” live release of their new(ish) album.

Members get 15% off. Sign in to receive your discount!

The Bow Valley favourites return to artsPlace for the long awaited “official” live release of their new(ish) album. With melodies, harmonies, and hooks that linger long after the last note has ended, Trundled is Ellen Braun (Canmore, AB) and Joe Shea (Prince George, BC). Their unique indie folk music style and chemistry have led to critical acclaim and captivating performances across Canada. Their full length studio album High Water, recorded and produced by award-winning producer Daniel Ledwell, was released November 2020.

Mari Rosehill often reflects on life’s subtleties and expresses it best through song. Ranging from soft, operatic highs, to full low tones, her introspective styled lyrics invite you to take a look into how she thinks. Insecurities that have held her back and beautiful moments that propel her forward. The now sober songstress continues on this search for ones self and her artistry helps along the way. 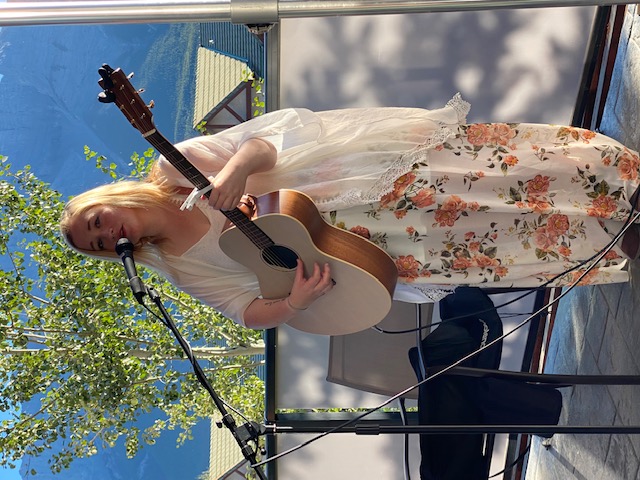 Experiencing the arts is a right regardless of financial means. Learn about the Discover Art Access Program here.