“We Are Locals is not about me; it’s an exhibition about people from all around the world who live or used to live in the Bow Valley. These walls are full of stories,” says Victor Saavedra who, along with his life and business partner Claudia Aceituno, is the creative mind behind the newest artsPlace exhibition.

A thoughtfully curated collection of photographs and short films, We Are Locals sets out to record the stories of those who make the Bow Valley their home. Saavedra and Aceituno’s work was chosen by a committee of community members from a variety of applications as part of artsPlace’s effort to showcase projects led by local artists. 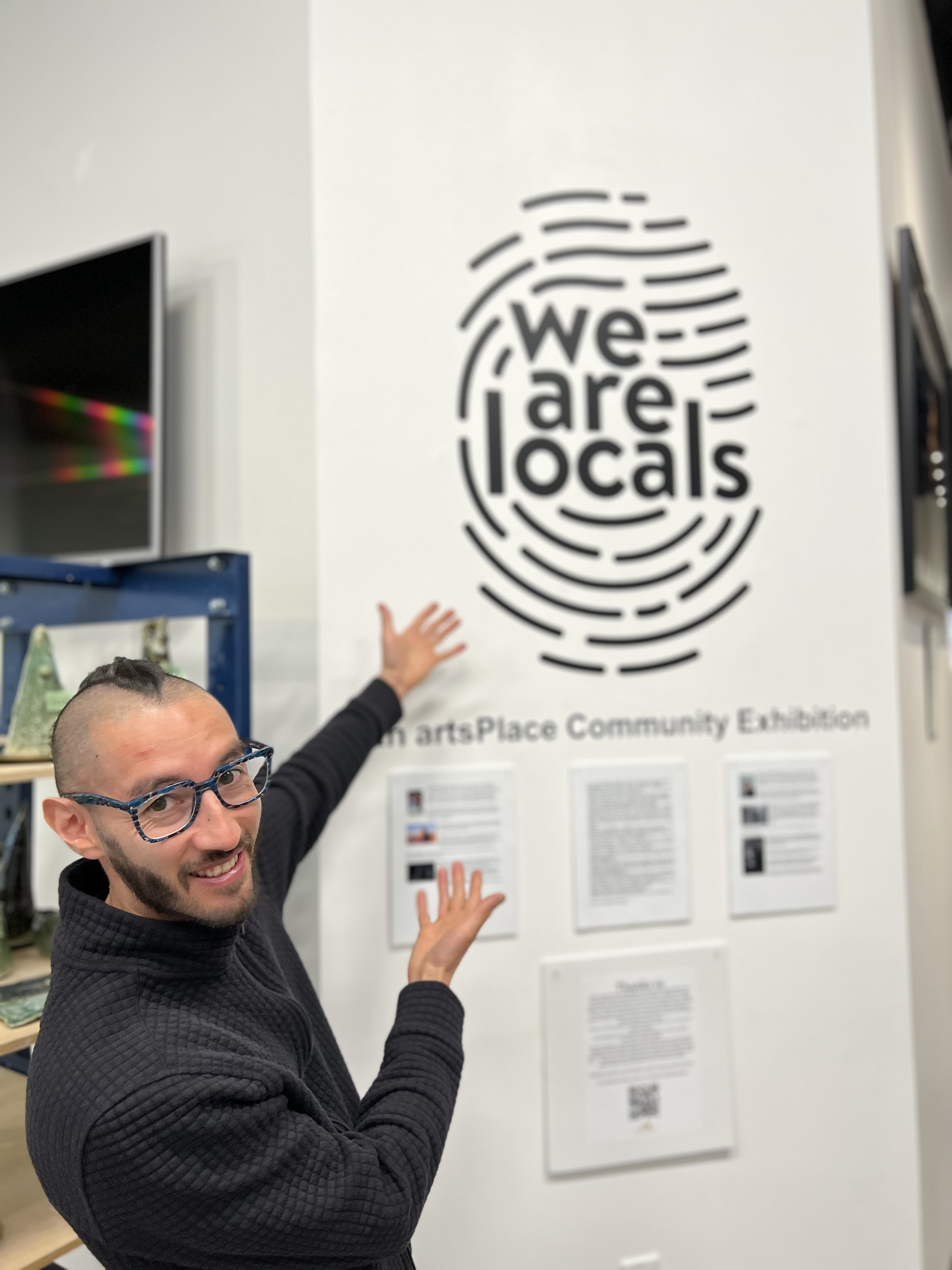 Amanda Pattenau is a firefighter who got called in to work during the interview with Saavedra, which is captured in his film. Carolina Foster is from Colombia but her baby was born in the Canmore Hospital. Rene Dumont has spent half of his life in Banff already. Elia Lopez came to the Rockies as a tourist and fell so in love that she jumped at the first opportunity to move here. To Hugo Lopes, the difference between Banff and other places is that “here people generally care about each other.”

Banff is one of Canada’s most multicultural towns, with people from more than 60 countries living here. Almost 30 locals are represented in the exhibition but Saavedra and Aceituno want to make it all 60 to capture a fuller picture of their diverse community.

Saavedra was inspired by his father to start the project four years ago. “He kind of challenged me to do this and I said, challenge accepted,” he chuckles.

The first person documented in the project was his friend, and he is personally connected with most of the exhibition subjects. He loved watching how excited his friends and fellow community members were to see their photographs in the gallery.

“It feels very special to see this work up on the walls after working on it for so long.”

It was important to Saavedra to make sure the participants felt proud when they saw their photograph up on the walls of artsPlace – but it’s not only about them; he says. It’s also about the people who view the exhibition and see themselves represented in those pictures. 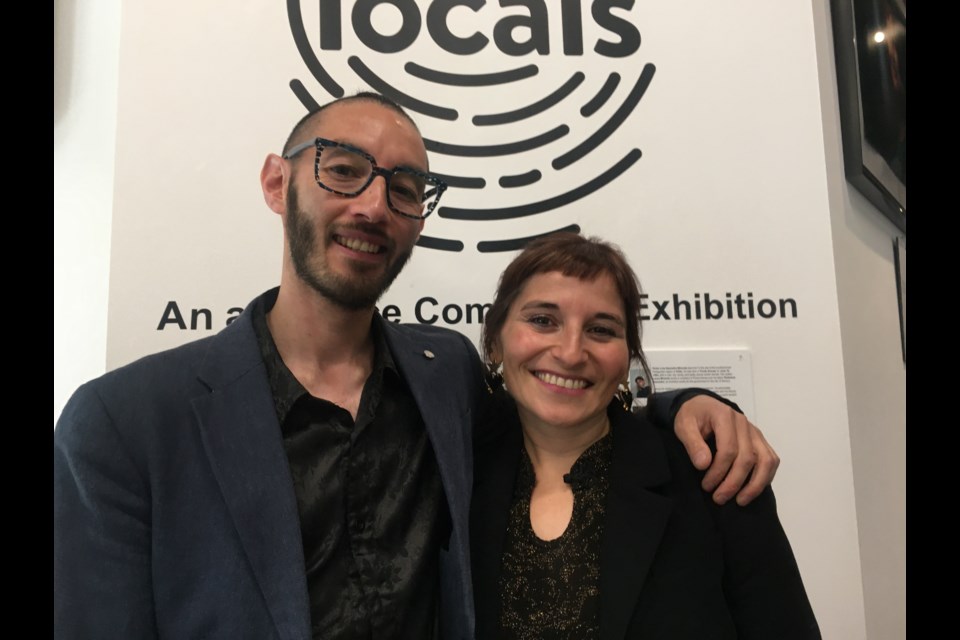 Victor came to Banff in 2016 on a suggestion from his friend who had been living here at the time. When he arrived in Banff, it seemed very similar to his hometown, a small place in Patagonia, Chile. It instantly felt like home. But he was nervous about his future here.

“When I came to Banff, I was scared because my English wasn’t very good, and I didn’t know if I would fit it. But then I went to the store and the cashier was Indian, and another person I met was Chinese, and another French, and so on. So I quickly realized that I am not the only one who came from somewhere else and speaks with an accent! This made me feel like I belonged here.” 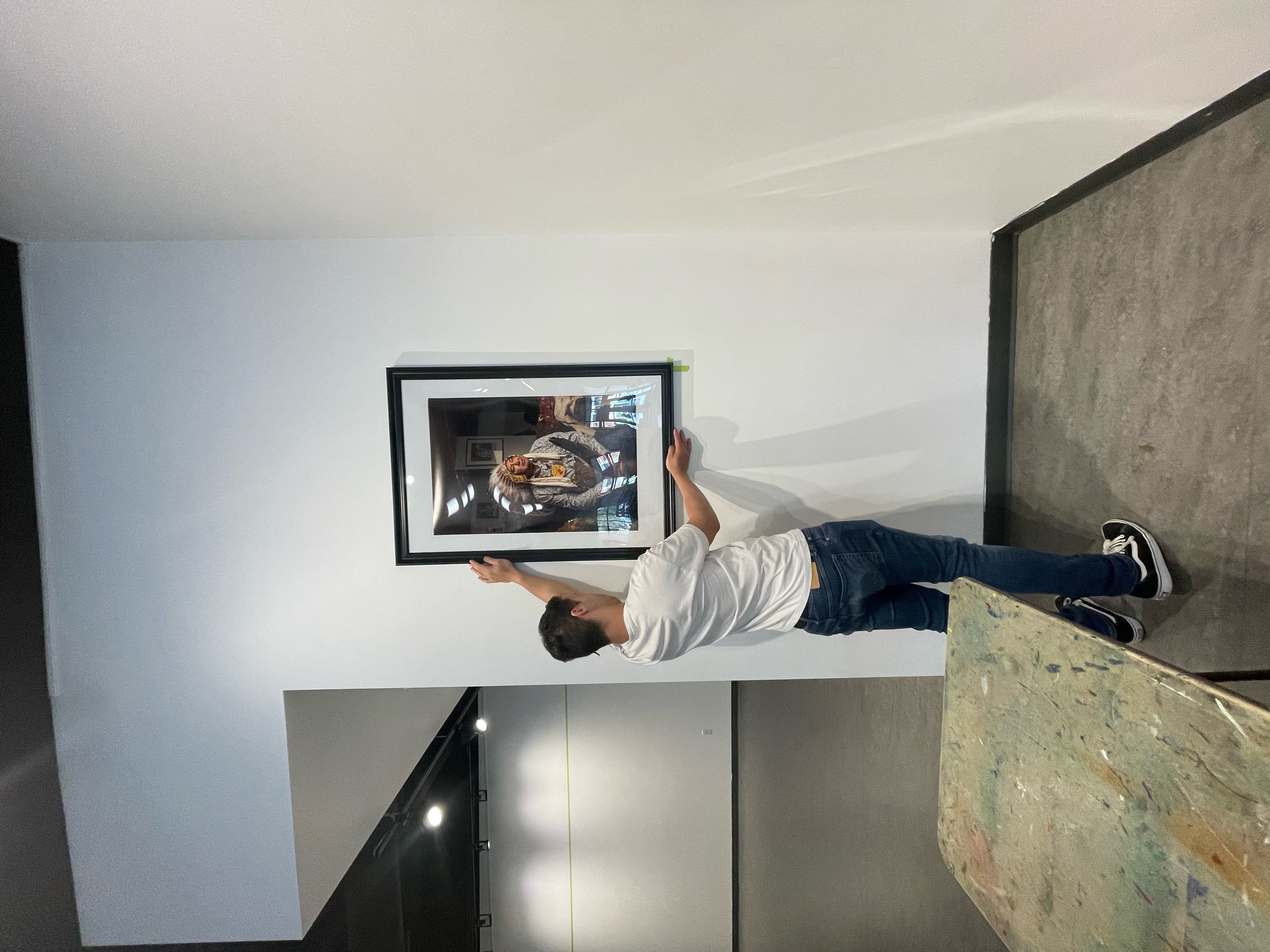 Like many newcomers Saavedra started out working as a housekeeper before opening his own photography business, Pixel Pumas Pro, together with Aceituno who’s an artist. It was a perfect way to merge their passions.

Pretty quickly after he arrived in town, he started giving his business cards to everyone. “My job was in housekeeping but my passion was not making beds; it was photography. So that’s how I started telling people about myself and that’s how many people know me. And from this, I got a few work opportunities; like taking photographs for the hotel where I was working.”

Inspired by his grandfather who was a photographer, Saavedra has shown interest in taking pictures at a young age but found his way to the craft through an unusual path – forensic photography.

“My first career was actually a crime investigator”, he says. “I wanted to be a detective when I was a teenager and I always had this investigative passion, which continues in my documentary style of photography and filmmaking. So at some point my life brought me to this work. It all came together.”

He has ambitious plans for the exhibition and wants to take it beyond the Bow Valley. “I’d like to bring it to New York and to my hometown in Chile. I dream big, and it’s happening. I just put in my time and my passion.”

His vision for the project goes far beyond the current exhibition. He wants it to be a springboard for community networking, to help Bow Valley locals connect with each other and to empower them to further their own opportunities. 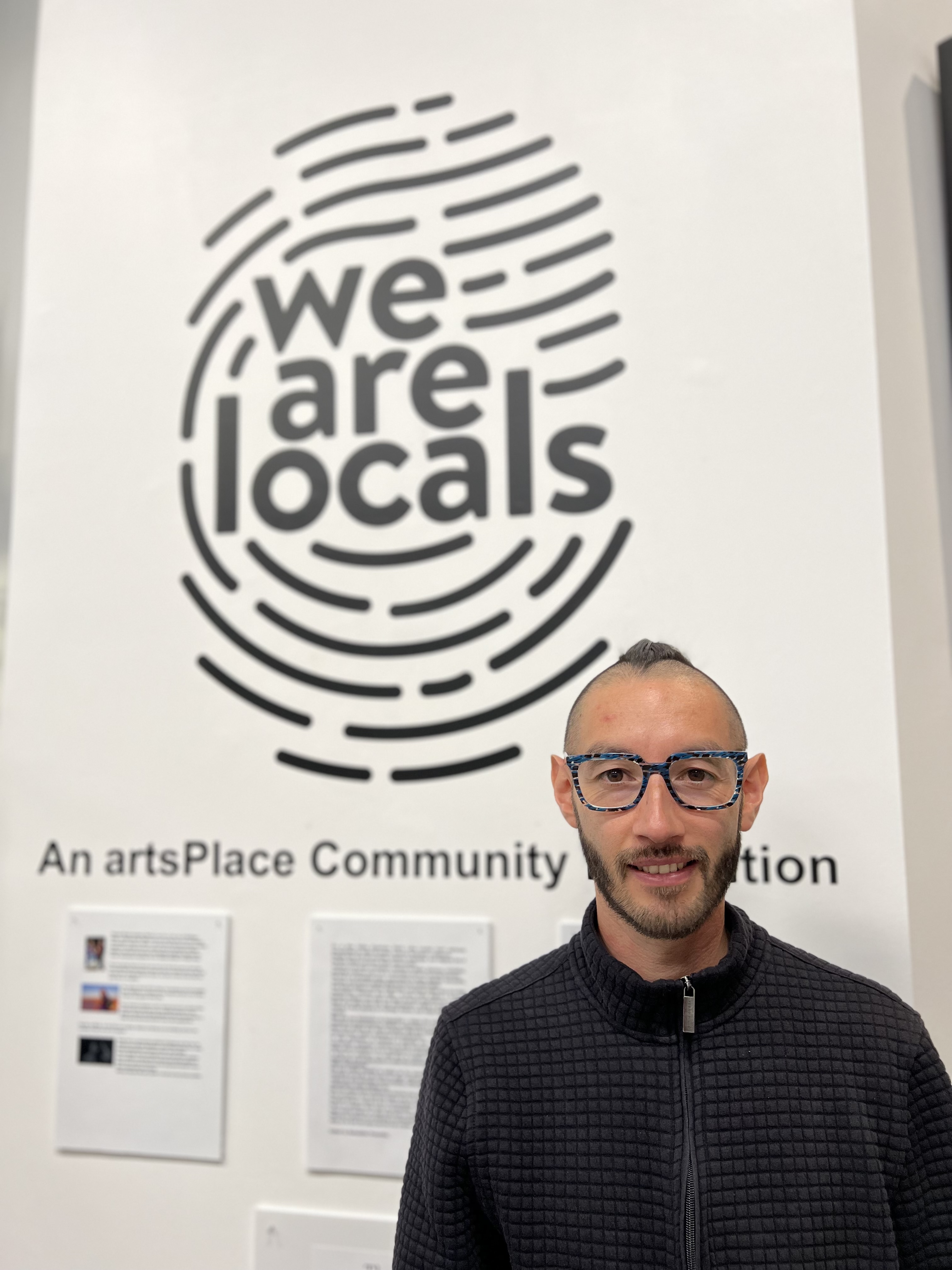 “99% of people I talk with – people who are engineers, architects, journalists but work in the Bow Valley as housekeepers, dishwashers or servers – say they don’t believe they can work in their field because of the language barrier,” he says.

“But for me as a photographer, my language is my camera. For that engineer, his language is his knowledge. For a graphic designer, their language is design.” That’s why with this project, Saavedra wants to encourage people to pursue opportunities in their chosen fields despite the barriers they might face.

He strongly believes that newcomers provide a unique perspective which tends to be overlooked in the community. “We are not just a workforce. We are people with dreams, talents, skills,” he insists.

“I am the first Latin American to open a photography business in Banff. That makes me different because my perspective is unique. So I want to inspire other people to open their own businesses and follow their passions.”

Saavedra doesn’t mind sharing his knowledge because he believes in passing the ball and encouraging others to follow their dreams. “When you are part of community, you support each other.”

Two businesses were hired by artsPlace as a result of the exhibition so far. Buena Hermano is a local Latin music band who played live during the exhibition celebration party, and Banff based restaurant No se Llama catered the event. 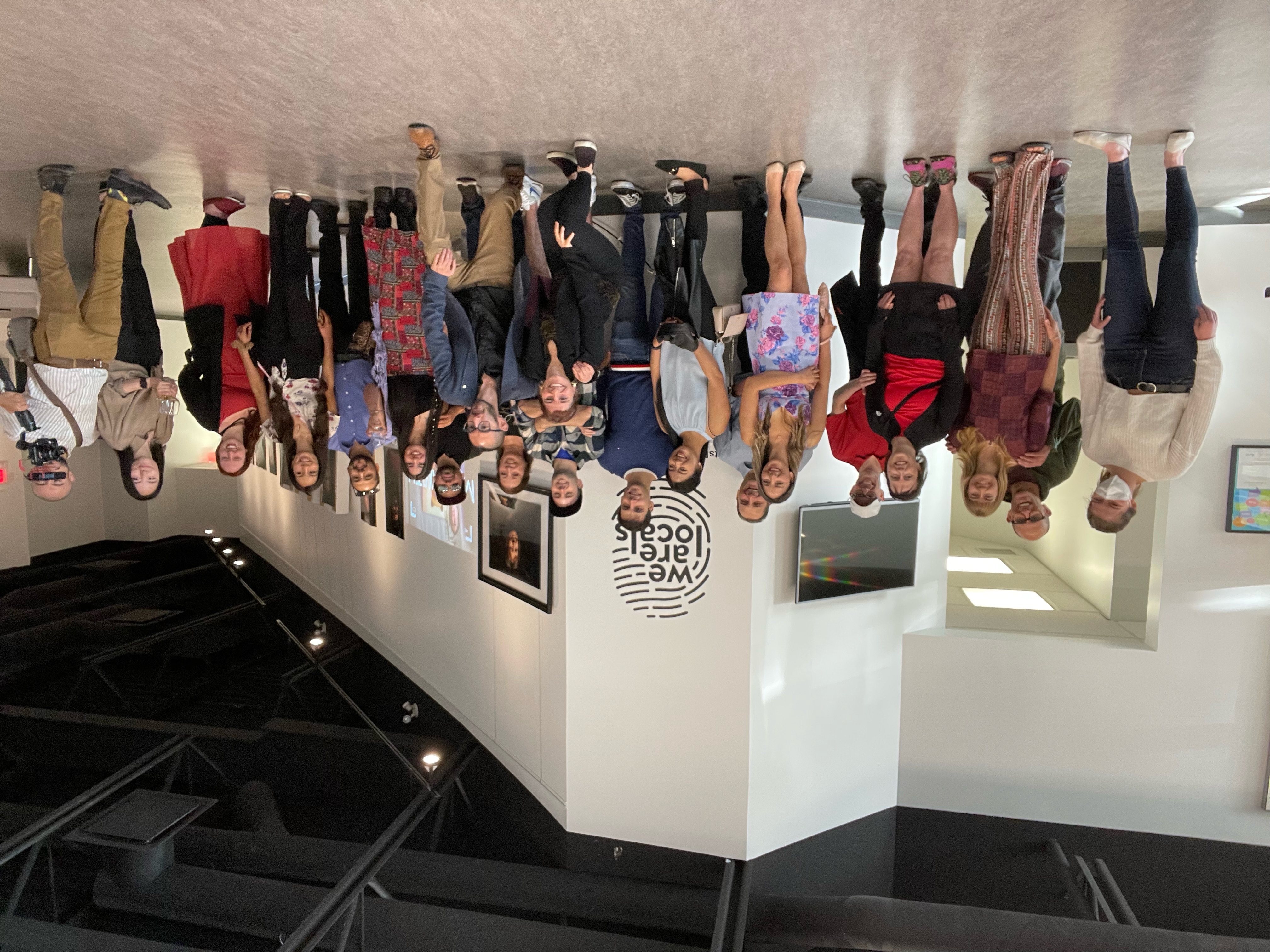 The celebration extravaganza party on Sept. 23 welcomed all locals for an evening of fun featuring a DJ, appetizers, and lots of opportunity for connection. Victor hopes that it has provided a chance for entrepreneurs, musicians, artists and business owners to network with each other and to inspire new projects in the community, so the good work of 'We Are Locals' can continue.

While the exhibition is now over, you can still watch the films created as part of this project. Just click on any of the photos below to hear the stories of Bow Valley locals.

This project is generously supported by